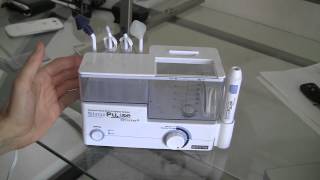 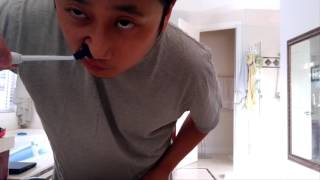 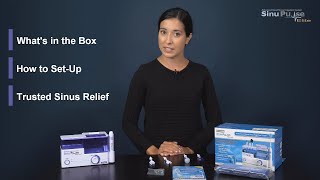 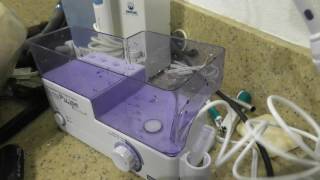 The SinuPulse Elite was developed and engineered in Switzerland to be the best, most advanced sinus and nasal irrigation system in the world complete with state-of-the-art electronics and Intellipulse technology. Featuring a patented SinuMist function it is the only irrigator capable of…

Ah…choo! It’s allergy season and it seems like everyone is suffering from a runny or stuffed nose. In fact, a recent survey found that almost 40 percent of American consumers feel just like Snow White’s friend, Sneezy, this time of year. But is it really allergies that are making them feel so ‘sneezy’ or something else, like a full blown sinus infection?

Each year, 37 million Americans suffer from sinusitis (inflammation of the sinuses) resulting in nearly 12 million doctor visits. Symptoms of sinus-related conditions can be debilitating for many sufferers. In fact, in a recent survey of 1,008 consumers and 127 physicians, more than one half (54 percent) of consumers said they lost sleep at least twice during allergy season last year due to sinus-related symptoms, causing them to be less alert at work the next day. Twenty-five percent of consumers also reported missing at least 3 days of work or school due to illness during allergy season last year.

The SinuPulse Elite is America’s #1 leading sinus irrigator recommended by leading healthcare professionals, universities, and hospitals. Many professional sports teams use the products from the NY Yankees to the Los Angeles Lakers. It is one of the fastest growing drug free treatments in the country!

There are no reviews yet.